Can You Say Inflation? 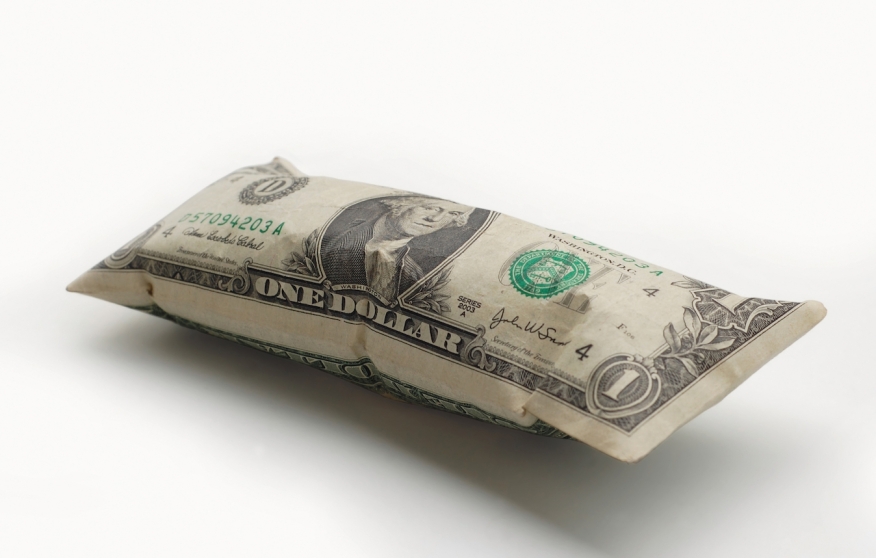 One of the nastiest words in the English language has reared its ugly head again. It has more than four letters, but for a business that rises and falls with interest rates, it’s as foul as any dirty word you’ve ever heard – or uttered. We’re talking i-n-f-l-a-t-i-o-n. It’s an economic cicada, coming back to haunt us every so many years.

Some say the recent jump in inflation will subside once the economy gets back to normal. And the hope here is that it will. I’ve been around long enough to remember when mortgage rates were 16-17 percent. People still bought houses back then. But now, after seeing rates bumping along at 3 percent for months now, I wonder how many folks will remain in the market if rates should spike.

Fortunately, no one is predicting double-digit loan costs, at least not yet. But it is a scary prospect. Indeed, in April, core inflation, which excludes relatively volatile food and energy prices, saw its biggest single-month surge in 39 years! Prices also rose 5.4 percent in June compared to a year ago, marking the largest spike since 2008.

Reacting to the April number, “The last time inflation jumped that high in one month,” Danielle Hale, chief economist at realtor.com, pointed out, not only was Fannie Mae still FNMA, “the 30-year mortgage rate was 16.9 percent.”

Hale, for one, doesn’t expect loan costs in the double-digit range “anytime soon.” But she does expect them to follow Treasury yields higher as concerns about inflation could force investors to seek a higher return. That’s why she advised would-be buyers to jump on any house they find that suits their needs.

Robert Dietz, chief economist at the National Association of Home Builders, said policy makers in Washington need to address any number of unsustainable trends to mitigate inflationary forces. But job growth – or better yet, the lack thereof – was top-of-mind for him.

Policy makers need to focus on a more efficient labor market, Dietz said. “Given the large amount of people who are currently unemployed,” he said, the difference between the number of jobs created and the number expected “is a mismatch that points to policy failure and a significant inflation warning.”

At the time, the economy added just 266,000 jobs vs. the 900,000 or so that was expected – a difference Dietz called “a big miss.” But the next jobs report showed double that amount – 559,000 – were added. Still, employers are reporting difficulty in filling spots, and builders are right there with them.

Later, the NAHB economist noted in another report that the increase in the Consumer Price Index in April was 0.8 percent on a seasonally adjusted basis, the largest increase since June 2009. And the 0.9 percent increase in the core CPI was the largest since April 1982. On a not seasonally adjusted basis, CPI was up a whopping 4.2 percent over the 12-month period, while the core CPI was up 3 percent.

Dietz advised his members to pay attention to “transitory” inflation, which is the term the Federal Reserve uses to describe what it believes to be a temporary run-up in prices resulting from an economy opening up after its pandemic induced nap. Watch, he said, to see if prices evolve into a broader inflation challenge.

But as far as Joe Garrett of Garrett, McCauley & Co., the highly regarded banking and mortgage banking consulting firm, is concerned, there’s no question inflation is near. “All these price rises in commodities have to mean inflation is coming,” he wrote in an early June newsletter.

Ditto for Morgan Stanley Chief Executive Officer James Gorman, who predicted the Fed will to begin pulling back its bond buying – “tapering” has become the popular term for that -- toward the end of this year and start raising interest rates in early 2022. That’s sooner than the bank’s own economists forecast. “My personal view is rates are likely to rise in the early part of next year and not in 2023, which is currently the projection,” Gorman said during an online conference in Tokyo in late May.

As Zillow economist Mathew Speakman sees it, the Fed is in a “tricky” position. “Measures of inflation have become increasingly relevant as markets gauge whether the combination of aggressive monetary and fiscal stimulus and the nation’s accelerating economic recovery will cause the economy to overheat and force the Federal Reserve to intervene,” he said in his weekly commentary. “The inflation figures present arguably the toughest test yet of the Fed’s commitment” to maintaining loose monetary policy.

Keith Gumbinger, the vice president and resident mortgage expert at HSH Associates, the consumer-driven mortgage information publishing house, said the Fed needs to be more transparent about how far it will go before battening down the hatches. “What's not clear – and needs to be made clearer sooner rather than later -- is how warm inflation will be allowed to run, and for how long a period of time, before policy is changed to temper it,” Gumbinger wrote in his weekly newsletter.

Not Worried, But Wary

Investors already have taken notice, he pointed, driving “the influential yield” on the 10-year Treasury close to the top of its recent range before settling back down. “Of course, this bit of firming will pressure mortgage rates to a degree, but provided they remain at about the 3 percent line, mortgage activity should remain pretty fair, if much diminished from the frenzy of late last year and early 2021 when rates hit all-time lows.”

At Fannie Mae, economist Doug Duncan was taking a cautious view. “Stronger inflation and a resultant move in interest rates are risks that should be monitored,” he said in one of his weekly commentaries. “As the effects of expansionary monetary policy continue to work their way through the economy, inflationary expectations may continue to rise. This could lead to prices rising further, even with growth concurrently slowing in the presence of diminished labor market slack and waning fiscal policy support.

“If such a scenario were to play out, the question then becomes whether this necessitates a response by the Federal Reserve. While momentum in the housing market will likely continue in the near term, this is an increasingly important consideration for 2022.”

In mid-May, Duncan said supply constraints across multiple sectors are pointing toward ongoing price pressures. The shortages have yet to significantly affect mortgages rates – except that the rise in the 10-year Treasury “contains an increased expected inflation component and has prevented mortgage rates from retreating further from their temporary recent peak.”

Finally, let’s hear from the Fed itself. According to the minutes of its April meeting, some members believed “it might be appropriate at some point” to consider tapering asset purchases if the economy shows “rapid progress.” Purchases of Treasury bonds and mortgage-backed securities are running at about $120 billion a month.

The meeting summary said this: “A number of participants suggested that if the economy continued to make rapid progress toward the Committee’s goals, it might be appropriate at some point in upcoming meetings to begin discussing a plan for adjusting the pace of asset purchases.”  But after the “transitory” effects of supply chain issues fade, “participants expect measured inflation to ease.”

That was in mid-May, before inflation and employment numbers were released. But in early June, Philadelphia Federal Reserve Bank President Patrick Harker reiterated that it’s not too early to start thinking about slowing the pace of asset purchases. “We’re planning to keep the federal funds rate low,” he said in remarks prepared for a virtual event. “But it may be time to at least think about thinking about tapering.” 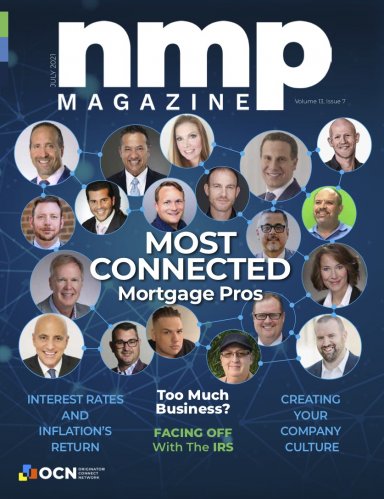 This article was originally published in the NMP Magazine July 2021 issue.

More from this issue
Link copied
Published on
Jul 24, 2021
More from NMP Magazine 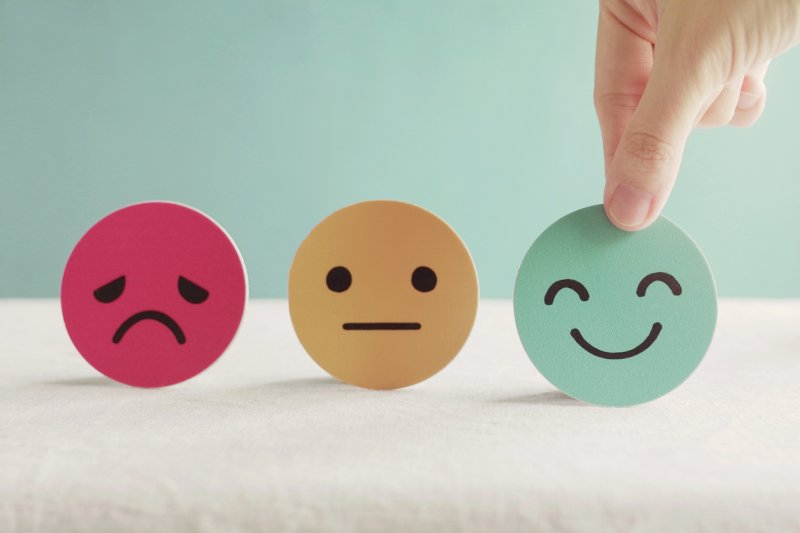 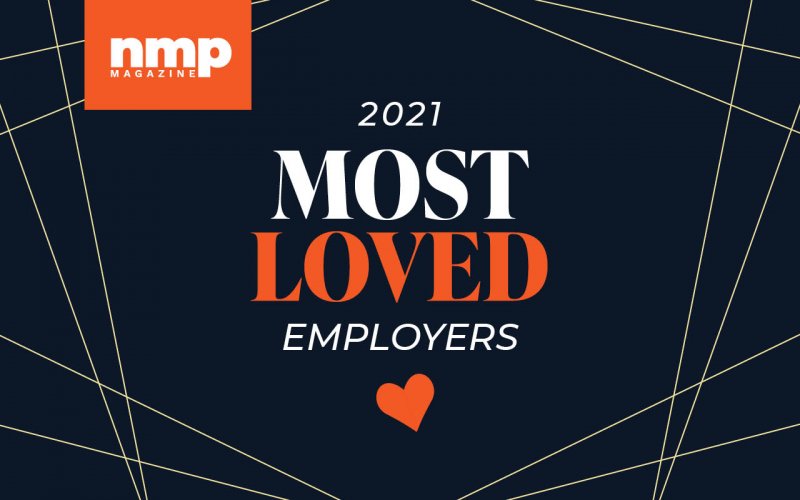 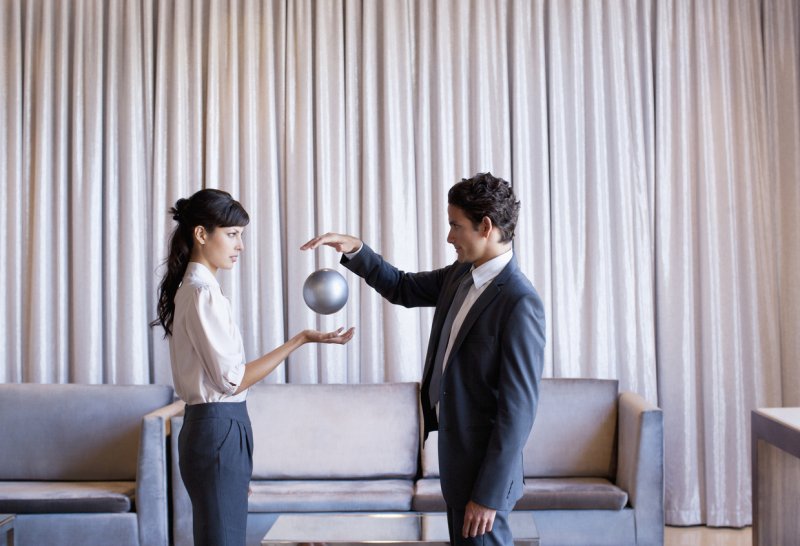 Dave Hershman
These stories, your inbox.

Today’s Borrowers and Their Credit: Findings from a New Research Study

CreditXpert recently fielded a major study of borrowers that recently purchased or refinanced a home. The stud...